Berta Cáceres, an internationally respected leader of the movement for indigenous rights, is now living as a fugitive. The Honduran government ordered this soft-spoken dynamo imprisoned on September 20.
From her undisclosed location, she emailed me and a few others. “We’re standing firm against the pressure, the criminalization, the abuse, and the manipulations,” she said. Berta Cáceres speaks at a press conference. Photo by Beverly Bell.
Her government has charged the nonviolent, principled Cáceres with carrying a weapon, inciting others to riot, and being a danger to the security of the nation. If she is found and jailed, Amnesty International has declared that it will consider her a prisoner of conscience.
Indigenous peoples have so well protected the natural riches under and in their territories, they often get oppressed for standing in the way of companies searching for new profits. Cáceres and many other Honduran indigenous people have been targeted for challenging attempts to dam, log, mine, and develop their territories. In recent years, company goons and U.S.-financed soldiers have murdered, shot, kidnapped, macheted, arrested, and terrorized over 300 people who stood up for indigenous and human rights..


The government installed by military leaders, following the coup that ousted President Manuel Zelaya in 2009, granted corporations 41 contracts for work that will damage communities and the environment. Most of those projects went forward without the agreement of the country’s indigenous communities, as required by a treaty to which Honduras is a signatory to free, prior, and informed consent.
At least one of the corporations granted an illegal permit to operate on Honduran land belonging to indigenous people is American. But U.S. complicity runs much deeper.
American military and police aid from 2009 to 2014 is just under $40 million. Given that Honduras isn’t at war with any foreign state, this money is funding the violent repression of its own people and the futile war on drugs.
Our influence doesn’t stop there. Honduras, which hosted the Contra forces during Washington’s war against Nicaragua’s Sandinistas a generation ago, now hosts six U.S. military bases. In 2009, when Zelaya responded to grassroots demands for land reform and greater citizen rights, Washington helped topple his government.
Those demands have only multiplied in the past four years. Hondurans are also putting up unprecedented resistance to corporate plunder. Indigenous peoples there are in a life-or-death struggle to defend their land, natural riches, and culture.
Notably, the Lenca community of Rio Blanco is in its sixth month of blockading a road to prevent the Honduran company DESA from installing an illegal dam on its ancestral river.
“They fear us because we’re fearless,” I’ve heard Cáceres say countless times during the 15 years I’ve worked, lived, and traveled with her.
This fearlessness has paid off. Over the years, indigenous organizations in Honduras havesuccessfully reclaimed ancestral lands and won many communal land titles. They’ve stalled or stopped free trade agreements, dam construction, logging operations, and mining exploration. They’ve created their own liberated zone, radio stations, and teacher training school.
An off-the-record source has leaked secret government plans to Lenca leaders. If the ruling right-wing party wins the November 24 elections, it intends to crack down even more viciously on those protecting what belonged to their ancestors and belongs to them.
Last June, 21 U.S. senators sent a letter to Secretary of State John Kerry expressing alarm over human rights abuses committed by Honduran soldiers and police. The House of Representatives held a hearing on the matter in July. Yet U.S. military and police aid continues to flow.
We can all take part in the October 10-12 international days of action in support of Cáceres and indigenous movements in Honduras.
Americans can also step up our pressure to ensure that the violence is not bankrolled by our tax dollars and committed in our name. We need to watch closely to ensure that our government doesn’t try to manipulate the outcome of the elections, as it has done too often in the Western hemisphere.
Beverly Bell is an Institute for Policy Studies associate fellow and the coordinator of Other Worlds, an economic and social justice group. OtherWorldsArePossible.orgDistributed via OtherWords. OtherWords.org
articulos relacionados:
http://fpif.org/defending-indigenous-lands-honduras-photo-essay/ 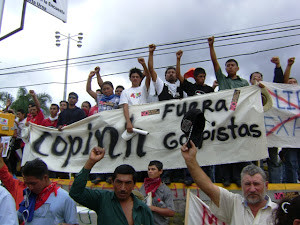 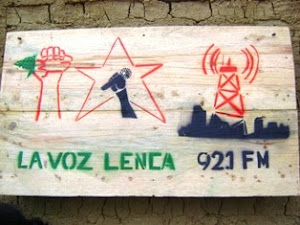 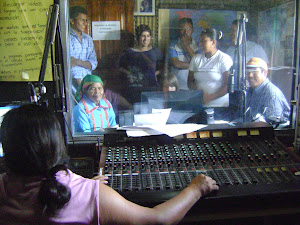 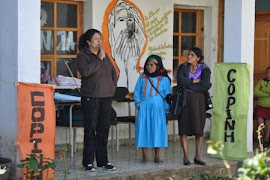 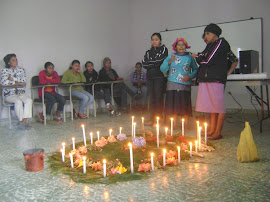 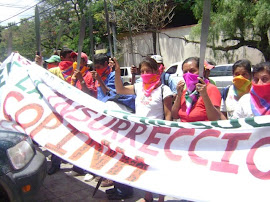 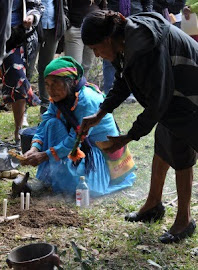 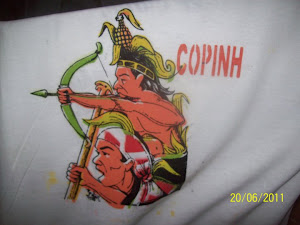 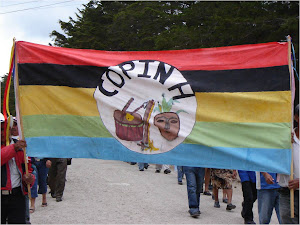 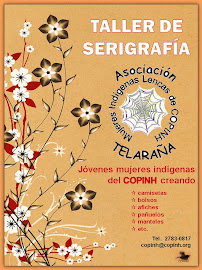 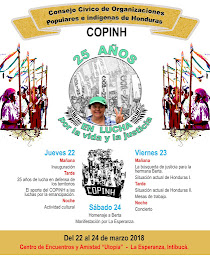 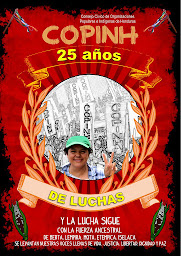 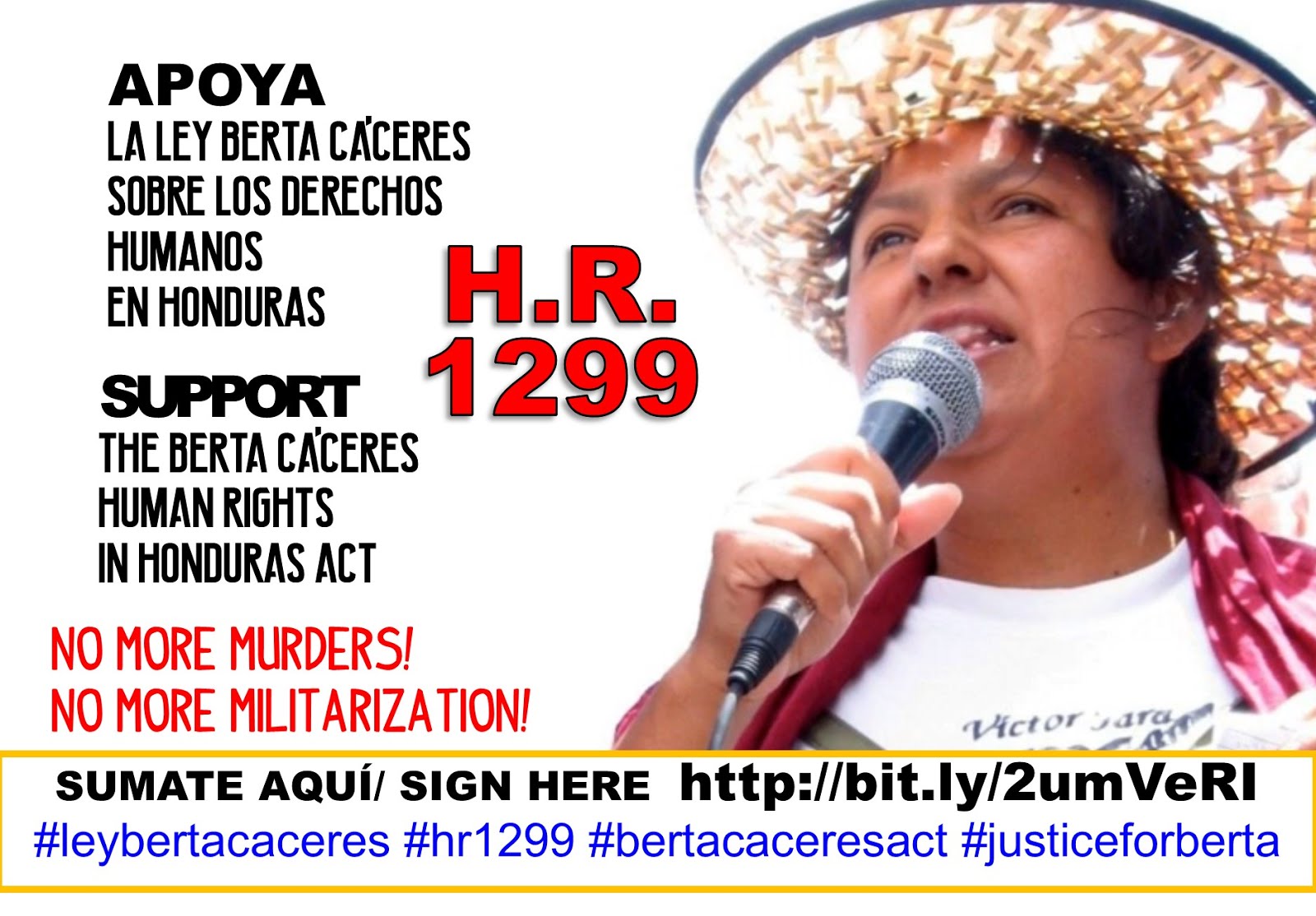 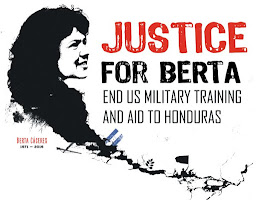 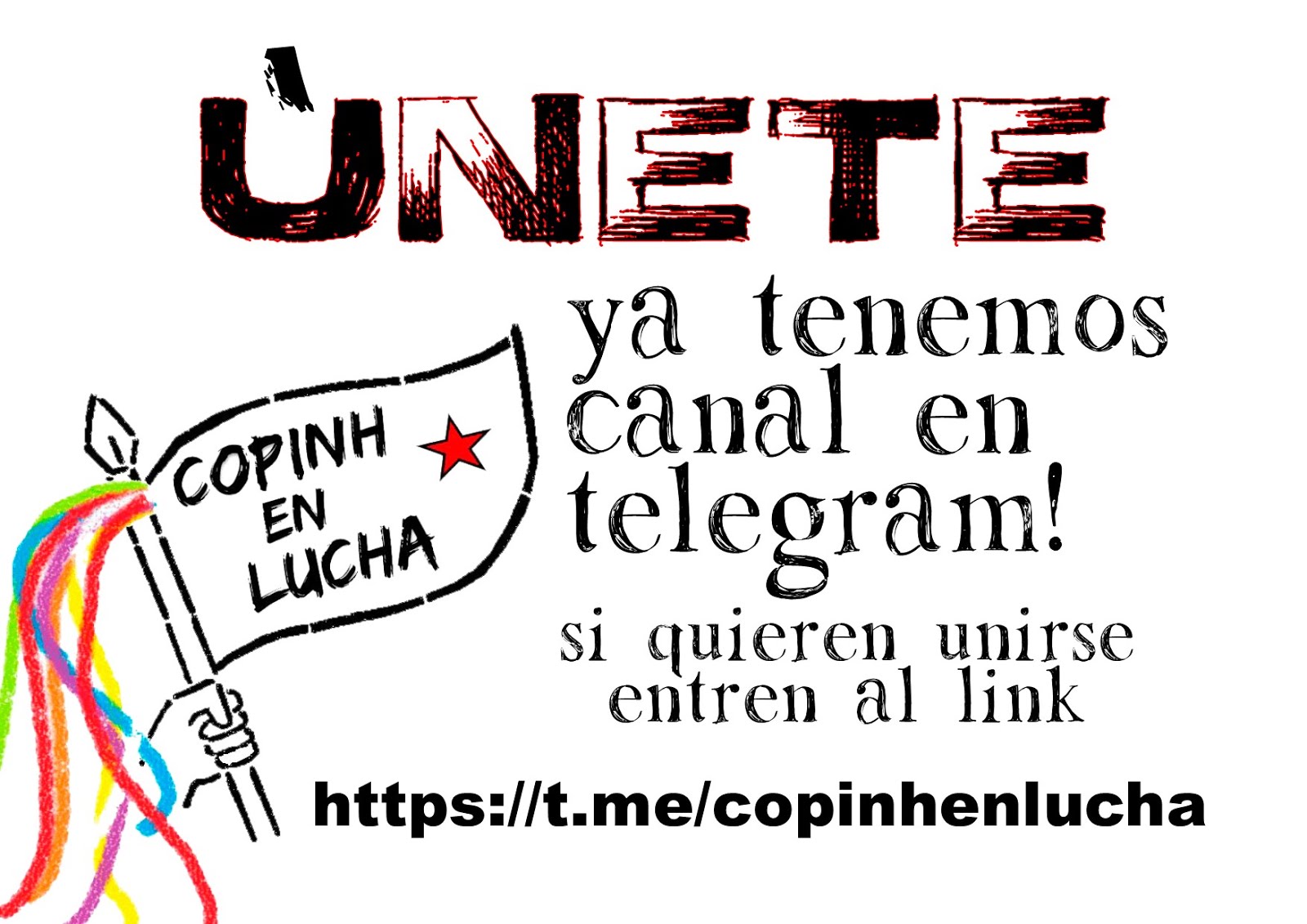 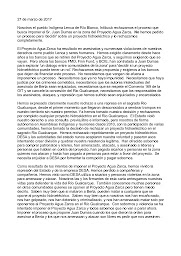 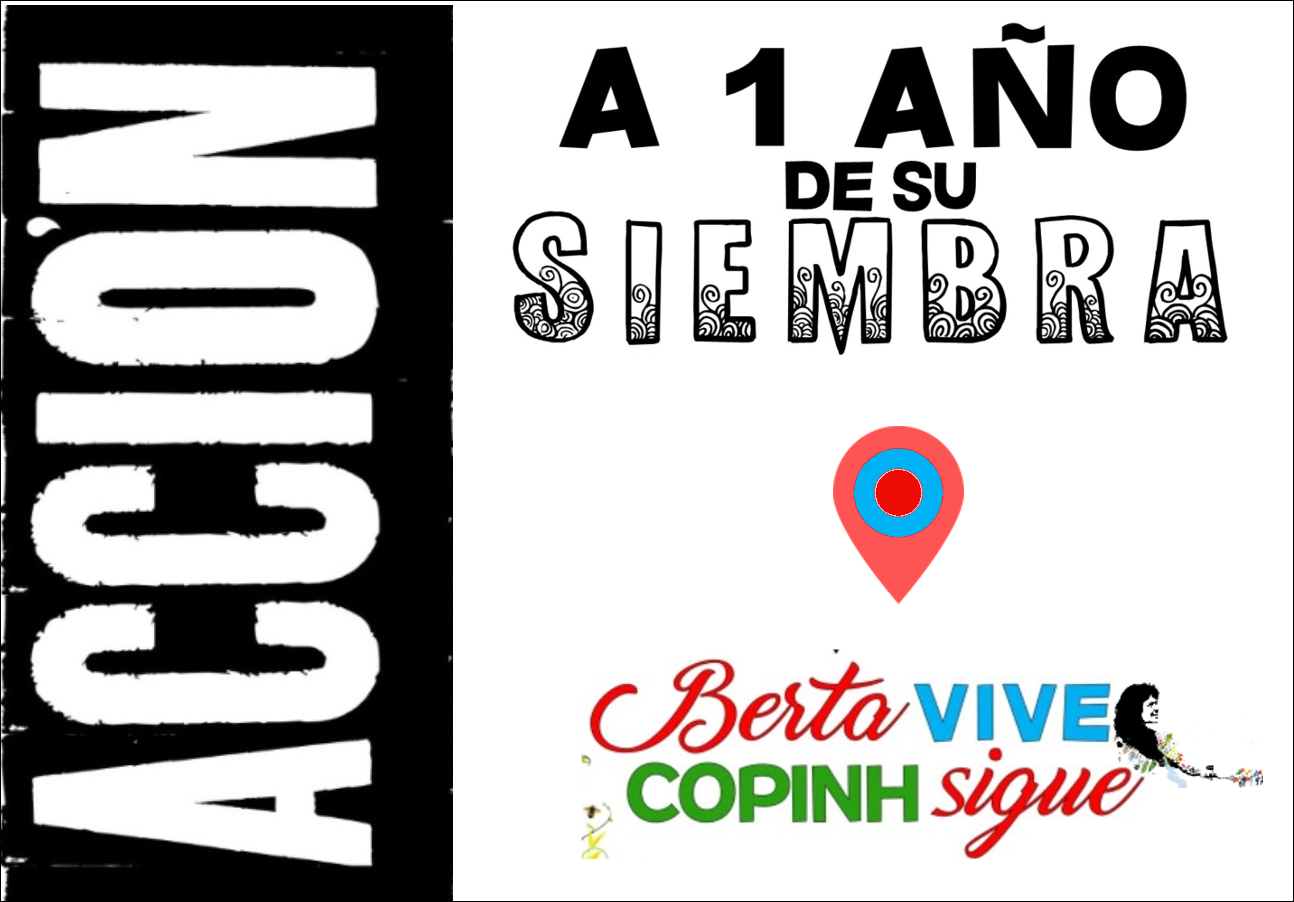 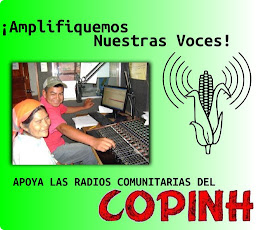 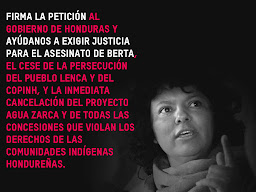 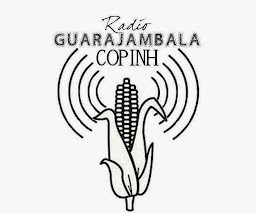 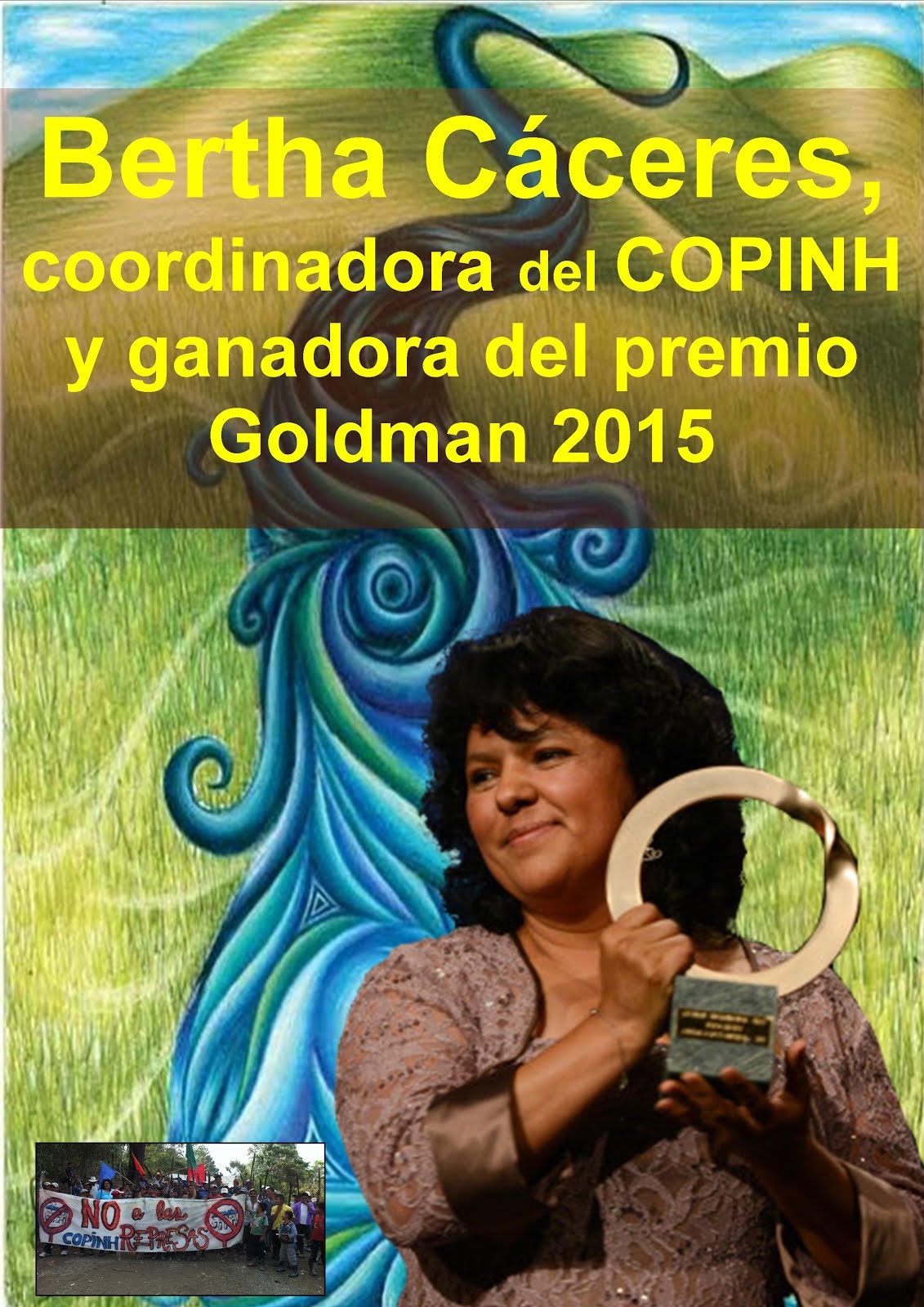 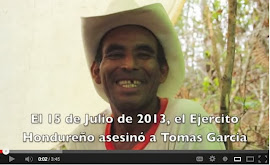 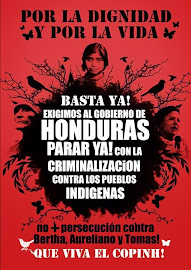 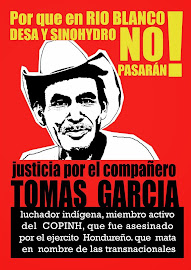 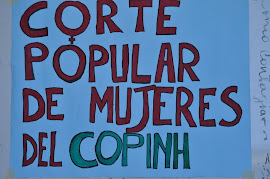 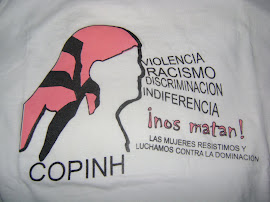 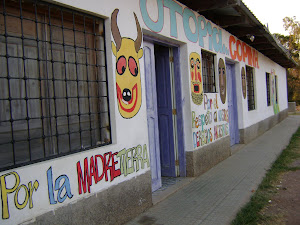